Why does it get windier at night?

Home » Blog » Why does it get windier at night?

Have you ever noticed how the wind speed can increase when sailing under low level layered cloud at night even though you know there are no weather fronts or sea breezes? It would seem natural to expect the wind to decrease as the air cools rather than increase – so how does it happen? 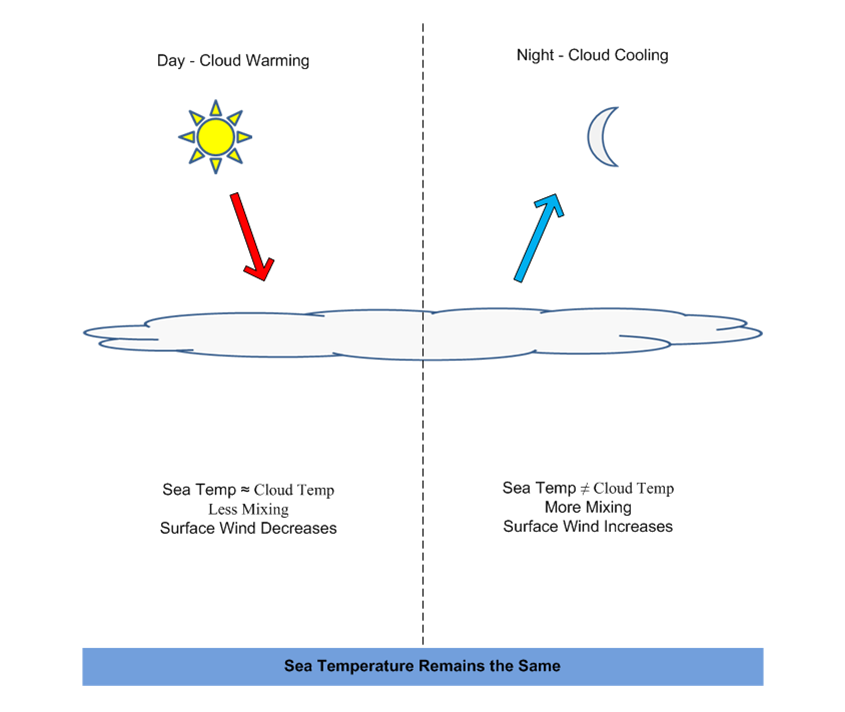 So from a sailing perspective, keeping away from the layered cloud during the day and then sailing under it at night should maximise our chances of finding more wind.

The same cooling and heating of cloud tops is one of the reasons why thunderstorms in Autumn often happen at night out at sea. By the Autumn, the sea temperatures are at a maximum especially in places like the Mediterranean. When the clouds cool at night, large temperature differences result between the sea surface and cloud tops and this provides enough air instability to create large thunderstorm cells. From a safety point of view (in most cases) when approaching a thunderstorm cell that is upwind, passing it on the port side (Northern hemisphere) should help avoid the storm.