The annual Gibraltar Regatta will be held on the 25th and 26th of July 2020. This now famous annual regatta attracts yacht from all along the Andalucían coast. The main attraction being the tactically challenging around the rock race which invariably holds periods of very strong and very light winds, plus two roundings of Europe Point where complex tides and currents have to be contended with. The reward on top of the corrected time placings is the prestigious around the rock trophy which Seawolf and her crew were proud to win for the first time in 2014. Following the race the RGYC host the Round the Rock party in the new club house on the waterside on Coaling Island. Sunday offers 2 more races if weather and time permits, followed by the prize giving sponsored be Becks beer supplied by Anglo Hispano.

For more information about this race, see Gibraltar Regatta 2014 blog posts below.

Posted by Atlantic Charters on Jul 29 in Blog, Gibraltar Regatta 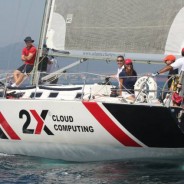 Two days racing in the Bay of Gibraltar in glorious sunshine and light to fresh sea breezes made the 18th annual Gibraltar regatta a very successful event. The first race on Saturday was The Round the Rock race, starting at the aero buoy with a windward leeward leg to Rinconcillo beach and back then around Europa point, up to the Eastern aero buoy then finishing outside the new RGYC club house. Seawolf had a great start and lead for the entire race, finishing just after 5pm. The remainder of the fleet had a frustrating finish in ever...

Posted by Atlantic Charters on May 29 in Blog, Gibraltar bay, Gibraltar Regatta 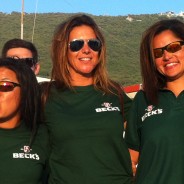 Date: 26th 27th July Location: Gibraltar Cost: £195.00 Licences: not required Travel: Direct flights from major UK airports SKYSCANNER The annual Gibraltar Regatta will be held on the 26th and 27th of July 2014. This event is the highlight of the Gibraltar Yacht Racing calendar and an ideal stage for networking between all the major companies trading on the Rock. Atlantic Charters Racing will be entering: Pronavia 38 Seawolf (with new suit of UK Halsey sails) Beneteau 40.7 Lady Ruth Our BASIC package comprises: Entry into the event for the... 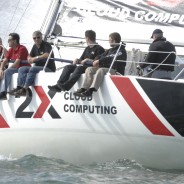 Gibraltar regatta 28th 29th July 2012. Two days yacht racing in the bay of Gibraltar, including the round the rock race, we have crew places available onboard Seawolf. Full details on our Gibraltar Regatta page....