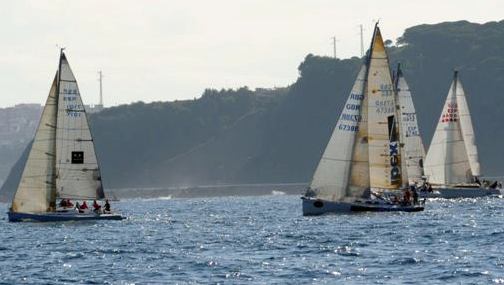 The first race of the inter-club yacht racing series took place in Ceuta on Saturday, hosted by Club de Vela Vendaval, the planned 5 legs of a windward/leeward circuit was reduced to 4 legs as the wind appeared to be reducing mid way through the race. Seawolf and her crew sailed a clean fast race to take line honor’s and overall victory, a great way to end the 2011 season and to start the 11/12 series. Costa Este, the host clubs yacht took second place followed by Luna VI, Altarik III and Noticia II in fourth, Titicaca finished first in RI class 3, in total 33 yachts started.
The next race in the series takes place in Gibraltar bay hosted by Algeciras YC, 14th January 2012, if you would like to sail on board with Seawolfs crew please contact us to check availability in this very popular sailing event.
Thanks again to Ibex Insurance Services Gibraltar for the support in 2011 and continued support in 2012.